Parkland students say, ‘We are going to be the last mass shooting’ 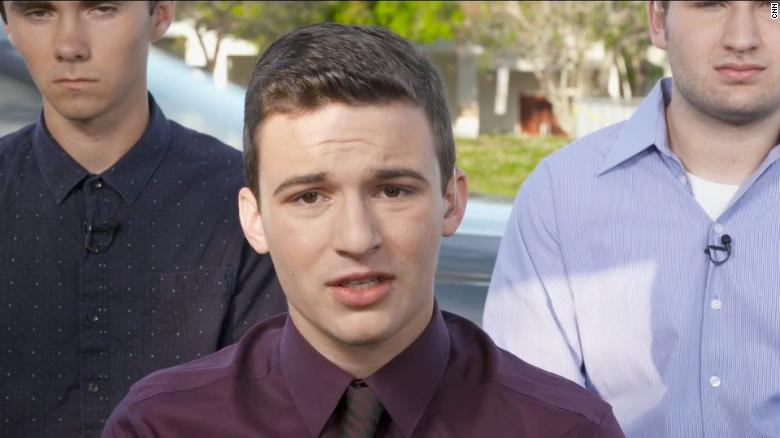 )To those who would say it’s too soon after the school massacre to talk about politics and gun control, the students of Marjory Stoneman Douglas High see your point.

“We can respect that. We’ve lost people. It’s important to mourn,” junior Cameron Kasky said Sunday.
“Here’s a time to talk about gun control: March 24. My message for the people in office is: You’re either with us or against us. We are losing our lives while the adults are playing around.”
https://tpc.googlesyndication.com/safeframe/1-0-15/html/container.html
Be forewarned: They’re coming for the National Rifle Association and any politician who takes money from the gun lobbyist, Kasky and his classmates told CNN. CNN reached out to the NRA for comment.
Trump slams FBI for missing “all of the many signals”
According to a mission statement for March For Our Lives, students across the country will converge on Washington next month to say the nation can no longer wait to tackle issues of school safety and gun control reform. They’re asking that like-minded folks who can’t make it to the nation’s capital stage solidarity marches in their own communities. 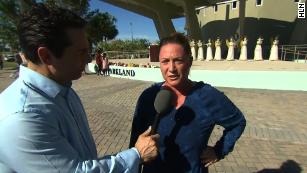 Victim’s mom begs Trump: Do something! 02:41
“Every kid in this country now goes to school wondering if this day might be their last. We live in fear,” the March For Our Lives website says. “It doesn’t have to be this way. Change is coming. And it starts now, inspired by and led by the kids who are our hope for the future. Their young voices will be heard.”
Kasky thanked the older generation that provided him and his contemporaries with “endless support,” but he flatly told them, in light of the Parkland, Florida, school shooting that left 17 of his classmates dead and what he sees as continued inaction from adults, “We don’t need you.”
“You are going to be seeing students in every single major city marching and we have our lives on the line here, and at the end of the day, that is going to be what’s bringing us to victory and to making some sort of right out of this tragedy,” he told CNN. “This is about us begging for our lives.”
Kasky appeared on CNN with four fellow students, including Emma Gonzalez and David Hogg, who have been outspoken since Wednesday’s shooting about the need to reform gun control laws.
“We’ve sat around too long being inactive in our political climate, and as a result, children have died,” Hogg said. “If our elected officials are not willing to stand up and say, ‘I’m not going to continue to take money from the NRA because children are dying,’ they shouldn’t be in office and they won’t be in office because this is a midterm year and this is the change that we need.” 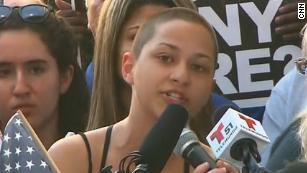 Florida student to politicians: We call ‘BS’ 01:17
Kasky went so far as to say he and his classmates wanted to stigmatize politicians who take campaign contributions from the NRA.
“This isn’t about the GOP. This isn’t about the Democrats,” he said. “This is about us creating a badge of shame for any politicians who are accepting money from the NRA and using us as collateral.”
Gonzalez added, “We are going to be the difference.” At a Saturday rally, the senior told a crowd of hundreds that the time for inaction was over.
“Maybe the adults have got used to saying, ‘It is what it is,'” Gonzalez said in a fiery speech. “But if us students have learned anything, it’s that if you don’t study, you will fail. And in this case if you actively do nothing, people continually end up dead.”
Read Gonzalez’s full remarks
“We are going to be the kids you read about in textbooks. Not because we’re going to be another statistic about mass shooting in America, but because, just as David said, we are going to be the last mass shooting,” she added.

Cruz, who is facing charges of premeditated murder, is willing to plead guilty to avoid the death penalty, according to public defender’s office representing him.
There’s no question Cruz killed 17 students and staff members in Wednesday’s shooting at the high school in Parkland, Broward County public defender Howard Finkelstein said.
“The only question is, does he live or does he die?” Finkelstein asked.
Florida principal: ‘We will get through this’ 00:45
State Attorney Michael J. Satz said Saturday that this “certainly is the type of case the death penalty was designed for,” but now is the time “to let the families grieve and bury their children and loved ones.”
The 19-year-old is being held without bond in Broward County.
Cruz’s digital footprint includes slurs against blacks and Muslims, and declarations of a desire to shoot people. Other social media posts show a photo of a rifle, a collection of firearms on a bed and a photo taken through a scope looking out a window.
In a private Instagram group chat,Cruz talked about killing Mexicans, keeping black people in chains and cutting their necks. After one member expressed hatred for gay people, Cruz concurred, saying, “Shoot them in the back of head.”