(CNN)On social media, Nikolas Cruz did not appear to be a peaceful man. He made quite clear his desire to perpetrate the exact type of violence of which he now stands accused.

Before he allegedly committed one of the worst mass shootings in US history at a Parkland, Florida, high school on Wednesday, police officials say Cruz wrote social media posts so threatening he was reported to the FBI.
He hurled slurs at blacks and Muslims, and according to the Anti-Defamation League, had ties to white supremacists. He said he would shoot people with his AR-15 and singled out police and anti-fascist protesters as deserving of his vengeance. Just five months ago, he stated his aspiration to become a “professional school shooter.”
Yet on the morning of the massacre, the family that took the 19-year-old into their home didn’t notice anything terribly strange about the young man’s behavior, the family’s attorney said Thursday. 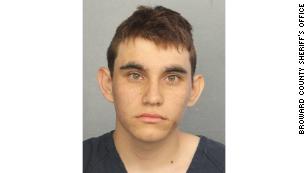 Nikolas Cruz stands charged with 17 counts of premeditated murder.
The only thing abnormal was that he didn’t get up for his adult GED class. Normally, the father would take him to class on the way to work, but when they tried to wake Cruz up Wednesday, he said something like, “It’s Valentine’s Day. I don’t go to school on Valentine’s Day,” according to the lawyer.
“They just blew it off,” attorney Jim Lewis said. “This is some 19-year-old that didn’t want to get up and go to school that day, and (they) left it at that.”
The family took Cruz in last year after his adoptive mother died. Cruz was depressed, Lewis said. The family’s son knew Cruz, so they opened their home, got him into a GED class and helped him get a job at a Dollar Tree, the lawyer said.
“He seemed to be doing better,” Lewis said. 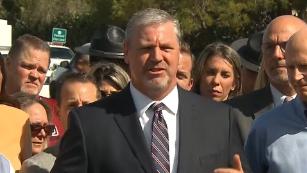 FBI acknowledges receiving shooting warning 00:39
Before the mass shooting that left 17 adults and children dead at Marjory Stoneman Douglas High School, Cruz had exchanged texts with the son, who was a student there.
Lewis characterized the texts as, “How you doing? What’s going on? Yo, you coming over later? That kind of stuff. Nothing to indicate anything bad was going to happen.”
Cruz had a gun. The family knew that, but they had established rules. He had to keep it in a lockbox in his room. Cruz had the key to the lockbox, the attorney said.
“This family did what they thought was right, which was take in a troubled kid and try to help him, and that doesn’t mean he can’t bring his stuff into their house. They had it locked up and believed that that was going to be sufficient, that there wasn’t going to be a problem. Nobody saw this kind of aggression or motive in this kid, that he would ever do anything like this,” Lewis said.

Writing on the wall? 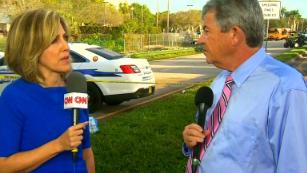 Attorney: Family knew about guns02:19
While the family didn’t see any signs that Cruz might perpetrate the deadliest school shooting since Sandy Hook in 2012, it appears others saw worrying indicators.
Lewis mentioned Cruz suffered from depression. Cruz had been expelled from Marjory Stoneman Douglas. A former classmate said Cruz had shown him guns, and other students say they worried he was violent.
Broward County Sheriff Scott Israel alluded to Cruz’s mental fitness during a news conference, while Broward County Mayor Beam Furr said the teen “had been dealing with mental health issues.”
“He had been undergoing some treatment. We can’t go into detail on that,” Furr said. “I don’t know if he was exactly on law enforcement’s radar, but it wasn’t like there wasn’t concern for him. He had not been back to the clinic for over a year, so there’s been a time where he was receiving treatment and then stopped.” 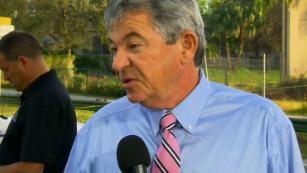 Attorney shares gunman’s text before shooting 00:55
Lewis said Cruz was a loner and “a little quirky,” and the family hosting him knew there had been some disciplinary problems and fights, but Cruz had never expressed any discontent toward his former teachers or classmates.
“He was a smaller kid and (there’s) some indication there might have been some bullying going on, but again, he’d been away from the school for over a year and had never shared with them any contempt for the school or anybody here — no anger, just a lot of depression and stuff going on around the loss of his mother,” the lawyer said.
Lewis continued, “They didn’t see a mentally ill person or they never would’ve let him live under their (roof). … They did not see any danger. They didn’t see any kind of predilection that this was going to happen and they’re horrified just like everyone else.”

Cruz’s social media posts paint what Israel called a “very, very disturbing” picture.
Israel said Cruz’s digital profile contains troubling content that included a variety of gun- and violence-related posts on social media.
A user going by the name of Nikolas Cruz also included slurs against blacks and Muslims in his posts.
A law enforcement source said authorities are aware of Cruz’s extremist views on social media. The investigation is in early stages and so they are gathering information. One question for investigators is whether Cruz simply espoused extremist views and used related language or was in fact tied to any groups.
Cruz’s disturbing behavior also included several threatening comments under videos on YouTube and other sites. They include:
In September, a YouTube user going by Nikolas Cruz posted a comment to a vlogger’s YouTube page, saying, “Im going to be a professional school shooter.” A law enforcement official confirms the FBI received a report about the post.
A law enforcement official told CNN earlier Thursday the FBI had received two reports regarding potential threats from the shooter.
But later Thursday, a separate law enforcement official said authorities believe they only received one report, regarding the comment on YouTube. The investigation is in its early stages, the source said, and information could change as leads are investigated. 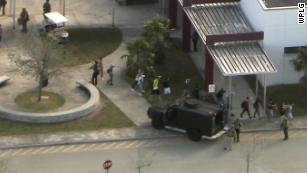 Suspect posted photos of weapons to Instagram 01:22
On his Instagram page, Cruz posted a photo of a shotgun. In another photo he brandishes what appears to be a BB gun. In other pictures, he is covering his face with a kerchief and brandishing long knives.
Police say Cruz was armed with multiple magazines and at least one AR-15 style rifle. The suspected shooter bought the firearm in the past year and had passed the background check to make the purchase, according to a US official briefed on the investigation.
His host family knew nothing of his social media activity, Lewis said.
“They’re not social media people. They’re parents. They’re just not that kind of folks. And he’s an adult, and they tried to help him. But did they check up on him and follow him every minute of every day? They didn’t, because they didn’t see any of the signs that would indicate that there was anything really amiss, that he was capable of something violent,” he said.

Cruz was expelled from Marjory Stoneman Douglas High School for disciplinary reasons, Broward County Public Schools Superintendent Robert Runcie said without elaborating. The teen was transferred to another school in the county because of “issues that arose,” Runcie said.
Cruz usually kept to himself but “once given the opportunity, he liked to talk,” said Brandon Minoff, a senior who was assigned to a group project with Cruz during sophomore year.
“He always just seemed very quiet and strange,” Minoff said. 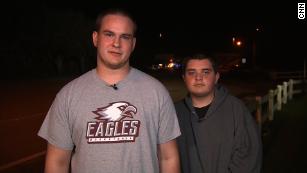 Student: Shooting suspect always seemed quiet 00:48
Minoff initially tried to avoid Cruz, he said, “but when I got assigned to work with him, he started talking to me.”
“He told me how he got kicked out of two private schools. He was held back twice. He had aspirations to join the military. He enjoyed hunting,” the high school senior said.
Cruz appears to have been involved in the high school’s Junior Reserve Officers’ Training Corps program, as his name is listed under several awards in 2016, including academic achievement for maintaining an A grade in JROTC and Bs in other subjects.
He also was awarded for presenting an outstanding appearance and outstanding conduct throughout school. 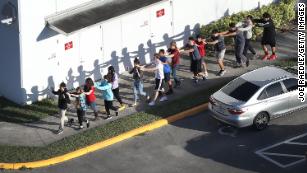 Multiple deaths in Florida school shooting 01:26
Cruz was adopted by Lynda Cruz, said Kathie Blaine, her cousin. She died November 1 after battling the flu and pneumonia, Blaine said. Cruz’s father had died of a heart attack more than a decade prior.
Blaine said she last saw Lynda Cruz about 20 years ago and had never met Nikolas Cruz.
“I don’t understand it anymore than anyone else does. I can’t believe it. I can’t believe any of these school shootings,” she said.
His classmate’s family took him in about a week after Thanksgiving, Lewis said.
“They had a room. He really had no other options and they brought him in,” he said. 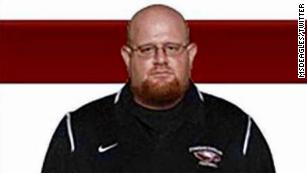 Football coach died shielding students01:29
As Cruz sat in Broward County Jail without bond on Thursday, charged with 17 counts of premeditated murder and awaiting his first court appearance, the family continued cooperating with police, the attorney said.
“Their home is being turned inside out,” Lewis said. “We were down there late talking to them, answering all the police questions, showing them phones. They opened their house up. … This family and the son have cooperated with law enforcement every which way they can.”
“They care about this kid. They took him into the home,” the attorney said, “but, as the mother told me, if they had any inkling … that this kid was capable of something like this, they never would’ve brought him into their home.”
Update: This story has been updated with new information about the shooter’s extremist views and whether he had ties to any specific groups.