(CNN) In March 2009, less than two months before Jacob Zuma assumed office as the fourth President of post-apartheid South Africa, the Dalai Lama’s visa application to enter the country was denied. The Tibetan spiritual leader had been scheduled to attend a peace conference in Johannesburg, on the invitation of fellow Nobel Peace Prize laureates Nelson Mandela, Desmond Tutu and F.W. de Klerk.

The South African government’s decision to bar the Dalai Lama was interpreted as a kowtow to the People’s Republic of China — and was also, said Tutu, a “total betrayal of (the nation’s) struggle history.” 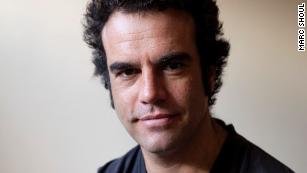 More significantly, it was a sign of the darkness to come. But if Thabo Mbeki, South Africa’s second post-apartheid President, had sacrificed the values of Mandela’s ruling African National Congress (ANC) on the altar of expediency and realpolitik, Zuma would end up doing far, far worse.
Over the next nine years, President Zuma would allegedly treat the institutions of state as if they were his own private assets, to be stripped and siphoned off into bank accounts around the world. He would take control of the country’s police and security apparatus, using it as protection in his self-enrichment schemes. He would pack the boards of all major public corporations — including the airline, the electric utility and the national broadcaster — with cadres loyal to his kleptocratic cause. (No charges have yet been brought against Zuma in these cases, and he denies any wrongdoing.) And he, too, would refuse the Dalai Lama a visa, not once, but twice. 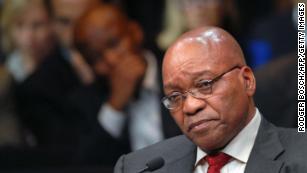 Who is Jacob Zuma? 01:17
This disregard for democracy and the fundamental rule of law had, it is true, first manifested in 2005, when Zuma — then the Deputy President — faced charges of a) bribery and corruption relating to a $5 billion arms deal and b) raping the daughter of his friend. During his presidency, the corruption charges, though dropped in 2009, would hover over Zuma like the sword of Damocles — a sword that would once again pierce in October 2017, when the appeals court reinstated all 783 counts, even though the President continued to deny wrongdoing. With the rape case, on the other hand, there would be no U-turn on the acquittal: Fezekile “Khwezi” Kuzwayo, the President’s shamed and brutalized accuser, would die in 2016 at the age of 41. (Zuma denied the rape allegations.)
So, what did South Africans miss? How did we allow one man to hold us under such polluted water for so long?
The answers are many, and most of them circle around the cliché that a country gets the President it deserves. After the “rainbow nation” triumphalism of the 1990s, the privileged were still mostly smug, the underprivileged were still mostly angry and the collective was still thoroughly traumatized by 350 years of racial division. It was the perfect platform for a populist to come and make off with the spoils. 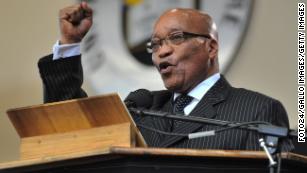 Jacob Zuma resigns as South Africa’s President, mired in corruption scandal
Because, compared to the aloof philosopher-king Mbeki, who attacked the country’s problems with his big words and his pipe, Zuma was unmistakably of the people — he was entertaining, grounded, unperturbed. At the ANC national policy conference in December 2007, when the ruling party voted him into its top spot, Zuma calmed the anxious nation by showing us how freely he could dance and how hauntingly he could sing.
And then, of course, there was his political wiliness, his sheer genius for survival. Six months before he took control of the party, in June 2007, I spent two consecutive afternoons with Zuma at his home in a Johannesburg suburb. He had, by then, easily won over the country’s black majority, and was now looking to appease white South Africans. Throughout the interviews, his charisma was on full display — and its real value, it struck me, lay in how it might subdue an enemy.
Uncannily, Zuma’s almost superhuman tenacity had been foretold in his middle name, Gedleyihlekisa, a shortened form of the Zulu sentence “ngeke ngithule umuntu engigedla engihlekisa” (“I won’t keep quiet when someone deceives me with a beautiful smile while he is doing damage to me”). The prophecy had first come to pass during his youth in the Zululand hills, where he was the district champion stick-fighter, felling his opponents via deft use of the element of surprise.
Follow CNN Opinion

In the final days of his presidency, at the age of 75, Zuma’s personality would rear its head in all its doggedness and spite. For almost two weeks, he would refuse to surrender; he would look for any hope of remaining in office.
“No life should be lost in my name,” he said, in the moments before announcing his resignation, “and also the ANC should never be divided in my name.” These were strange parting words. Zuma had been many things, but as a president he had never been a uniter.
For the world’s icons of peace, in fact, he had shown nothing but contempt. It wasn’t only the Dalai Lama’s visa application he had refused; it was, more significantly, the legacy of Mandela and Tutu.